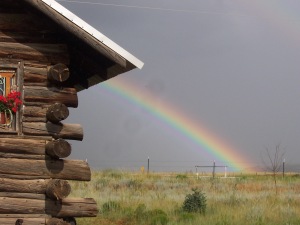 I was thinking this morning about how I admire people who light out on their own and build something new.  That doesn’t have to be inventing the geodesic dome (but I did watch a YouTube video on Buckminster Fuller).  It could be opening a local wellness/yoga studio or starting an internet radio network.  As I was, I was reflecting on the myth of american ingenuity and entrepreneurialism.  I say myth, not as a pejorative, but in the more classical sense of a story that allegorical, perhaps involving heroes and/or gods, and which is often accurate in encapsulating the culture and worldview of a particular people at a particular time.

So where did the myth of the american trailblazer come from.  It came from a time in our history when most of american ‘civilization’ was on our eastern coast and everything west of the Mississippi River was Frontier.  Actually in colonial time that frontier was western Pennsylvania and it kept moving west as the territories became states.  Beyond the frontier boundary, a different set of laws existed.  A person could go west and shed the restrictions of the established and make it up for themselves.  That of course was a myth inside the myth, but the point is that what was unique about 18th and early 19th century America is that in a tangible sense, if you weren’t making it in Virginia, or Georgia or Maine and later Ohio or Minnesota, you just picked and moved ‘further out’.  It just took guts and hard work and a lot of luck, but you could remake yourself in the New Frontier.

Are the New Frontiers gone.  In terms of physical geography, probably.  I think the Dot Com boom and bust was another version of that cycle playing out in cyberspace rather than geo-space.  In terms of psychography, the frontiers are infinite.  We can imagine anything and create a pretty large subset of what we can imagine.  It just takes the same qualities of guts, hard work and a lot of luck. Myths tend to gloss over the mis-deeds of the heroes.  They tend to glorify attributes that may actually be apocryphal.  They still have the opportunity to teach us about ourselves.  What do I have to summon from within myself, of the wild frontiersman, to succeed in the new territories toward which I embark?  What skills, beliefs, attitudes?  What origin stories?  What resources do I need to muster?  Who will be in my traveling party?  How will I know the destination when I find it?  What maps do I have?  Who can lead the expedition?  What scouting needs to be done?

I might not ever move my body outside a conference room, but can I lead myself and my team to a new frontier?